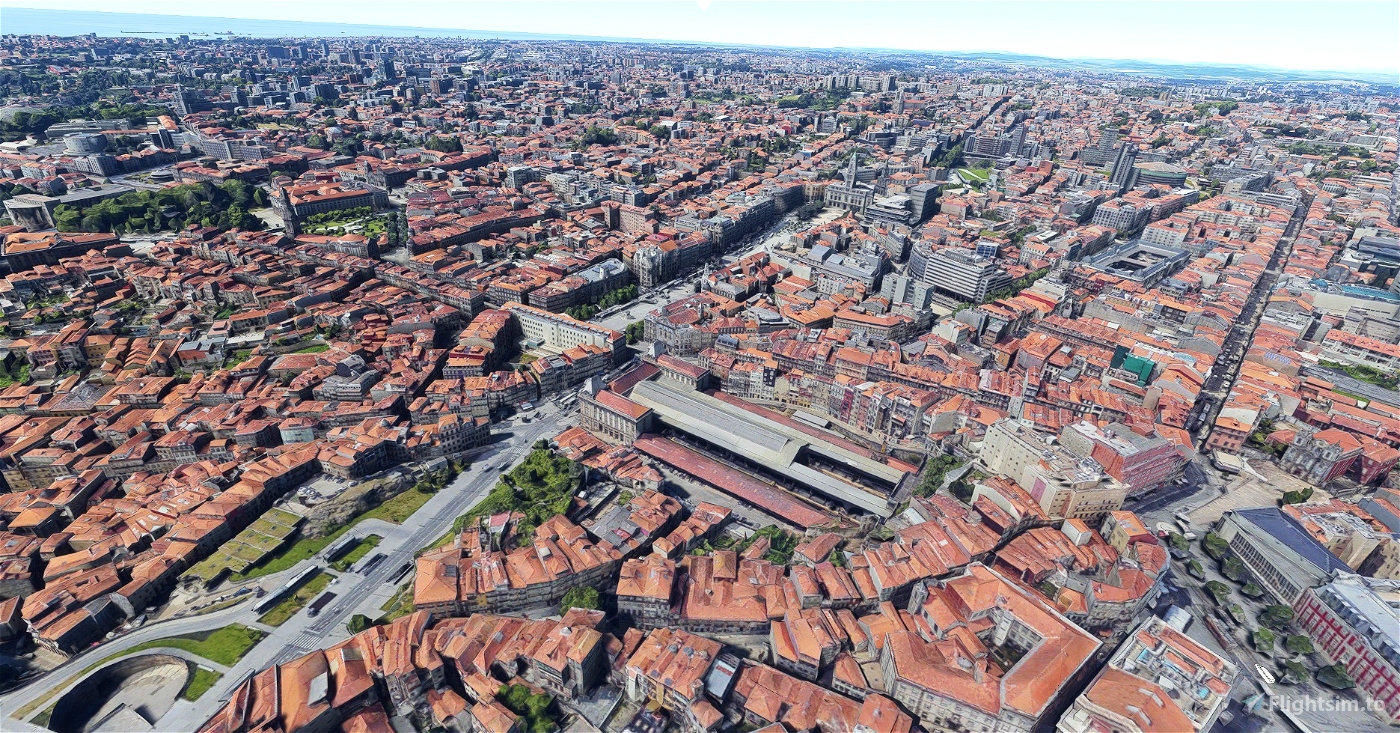 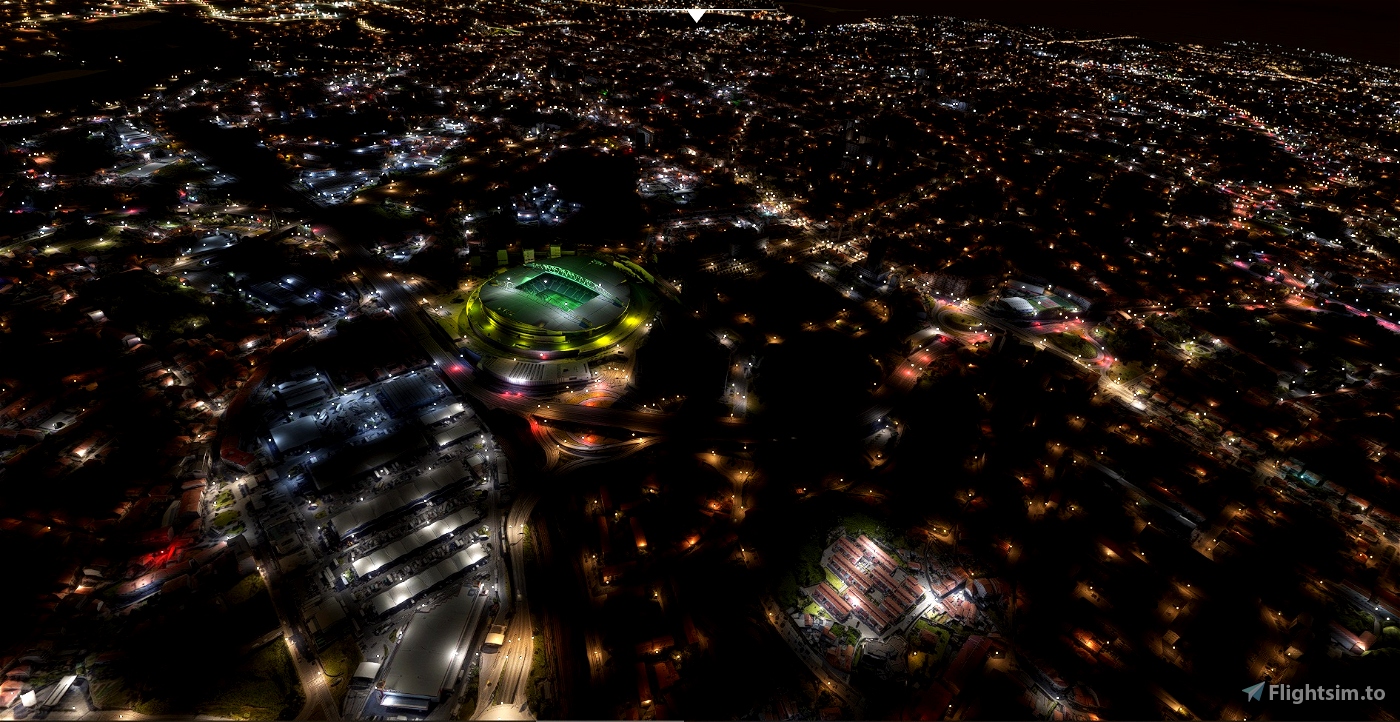 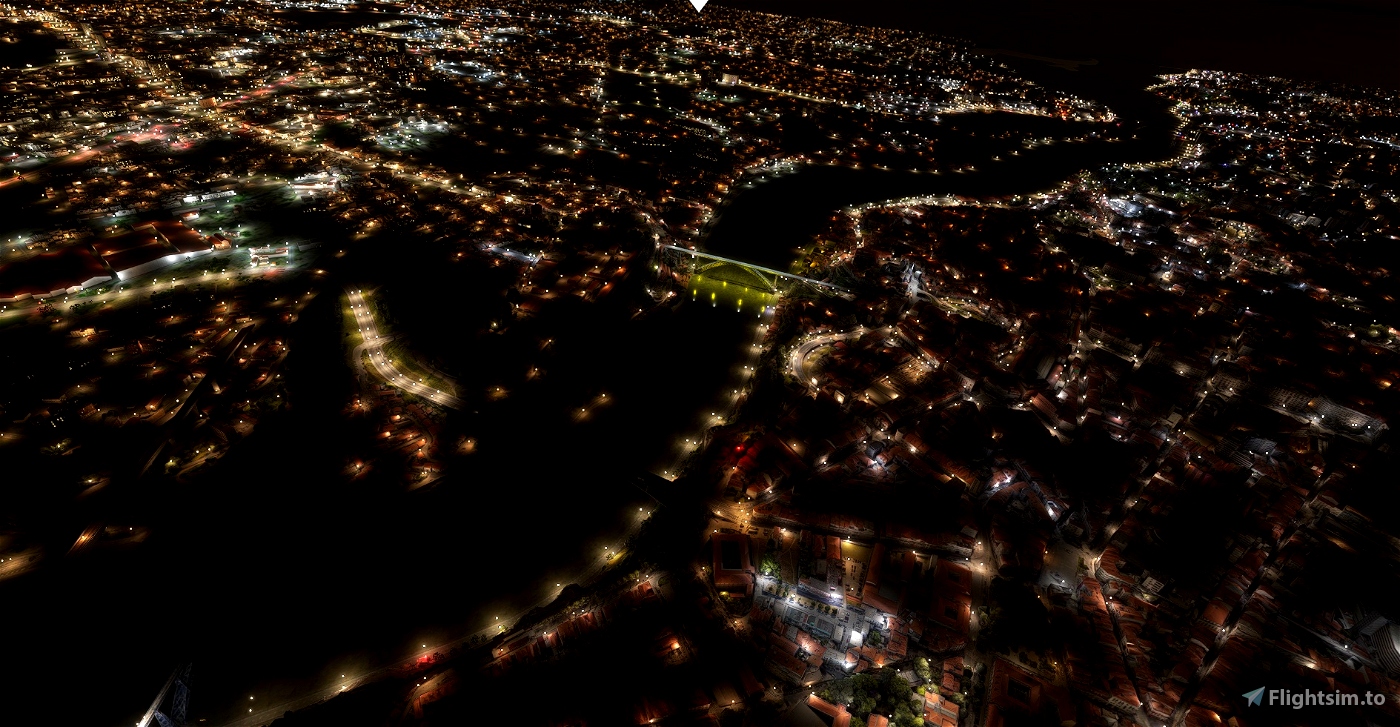 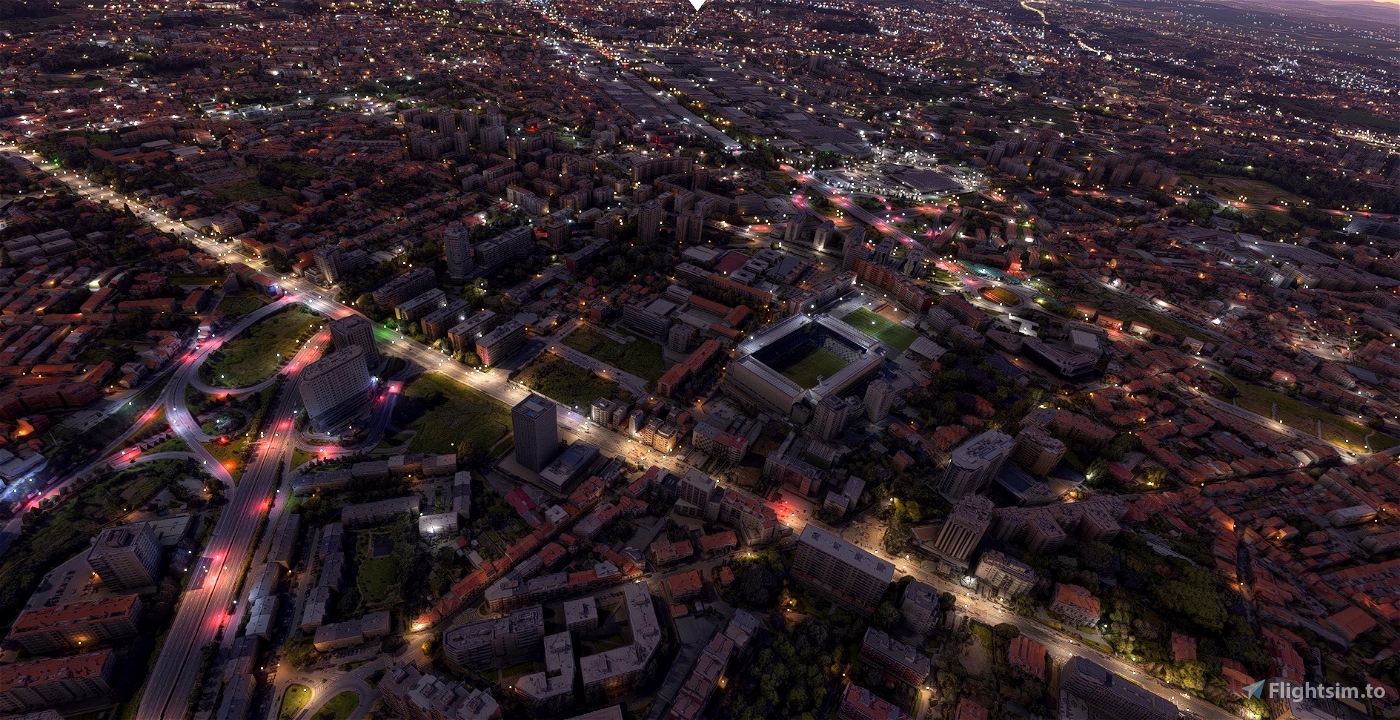 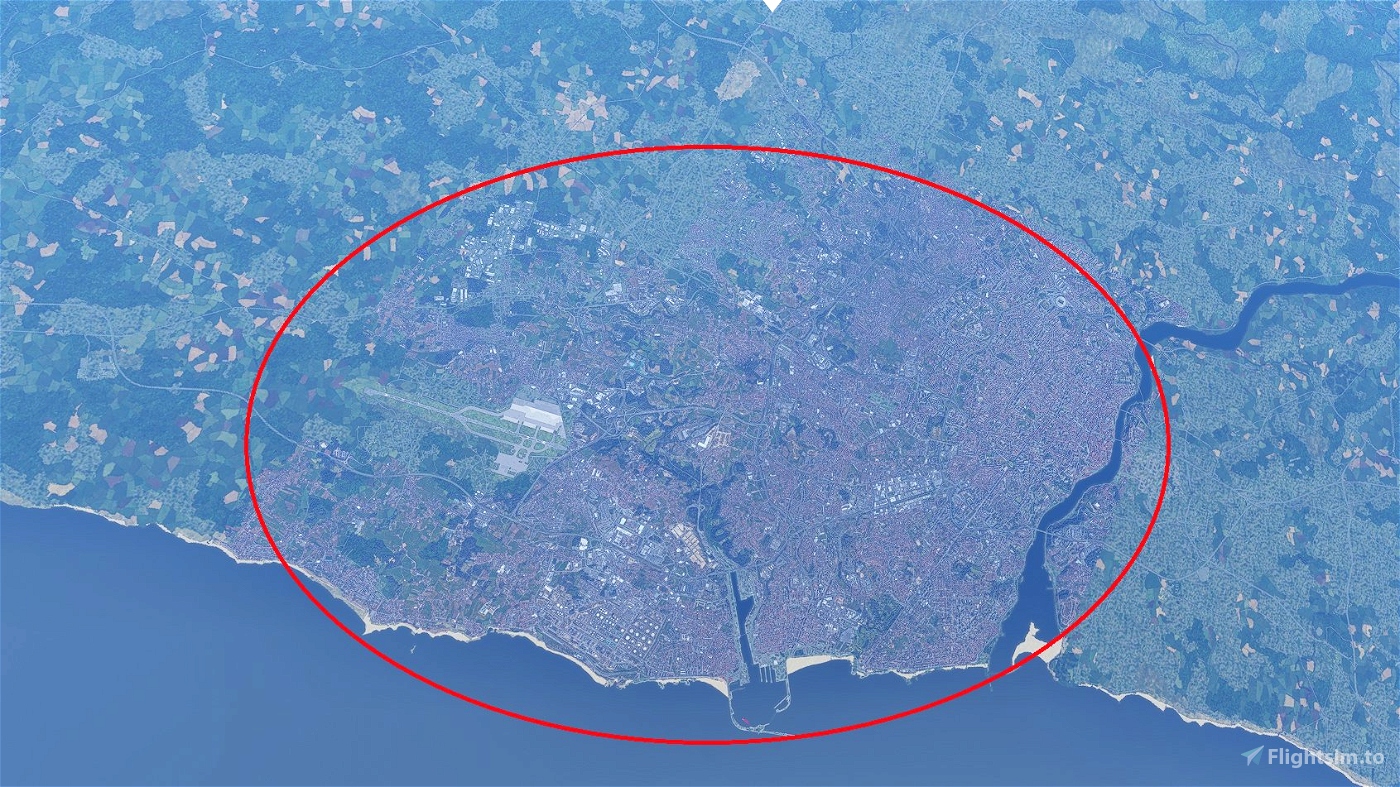 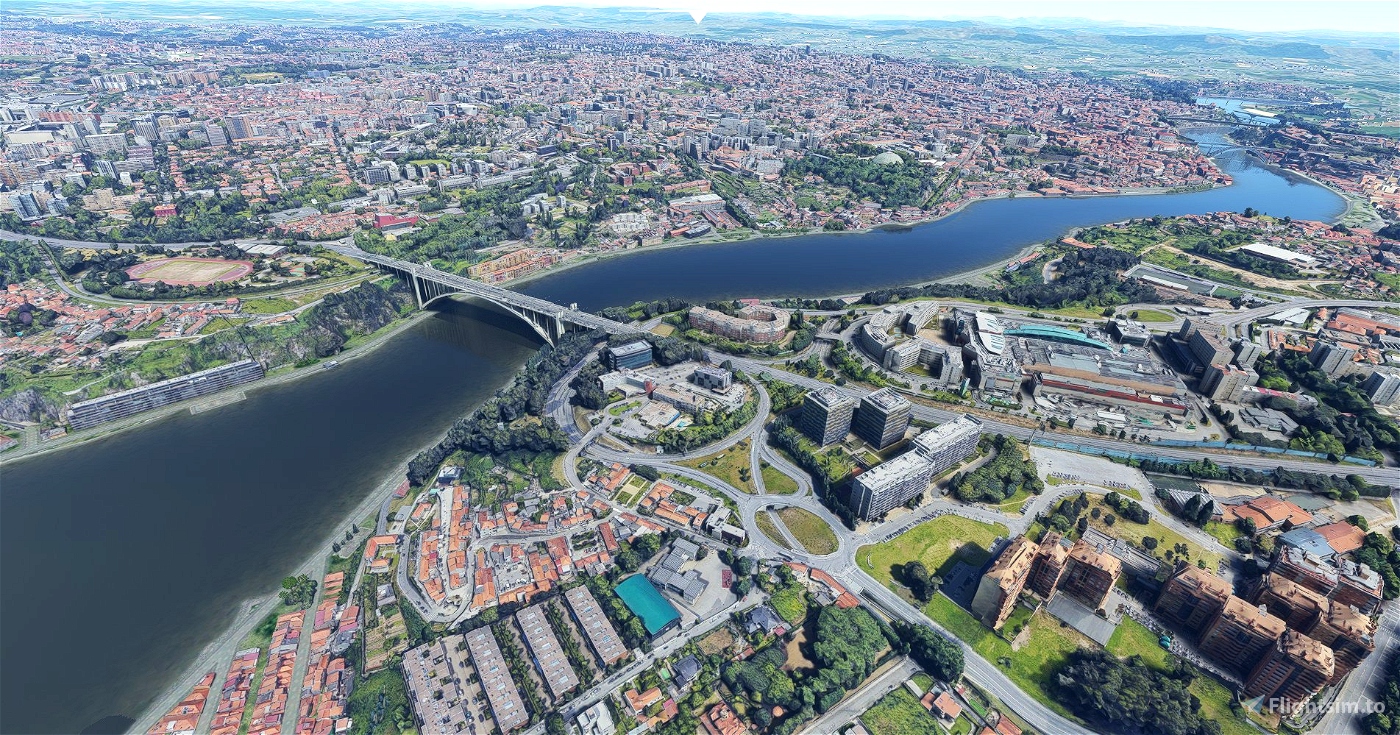 Minor update in the airport area.
Just download the file named (Aeroport area 1.3) delete the same folder and place the new one inside the community folder.

Update to version 1.2
Delete all folders from the old scenario and replace with new folders 1.2
- Fixed elevations in the sea and river Douro

- Fixed elevations in the airport area

- Compatibility with the new MKStudios scenary (Tropicalsim scenario not tested. May have elevation issues)

Porto or Oporto (Portuguese pronunciation: is the second-largest city in Portugal, the capital of the Porto District, and one of the Iberian Peninsula's major urban areas. Porto city proper, which is the entire municipality of Porto, is small compared to its metropolitan area, with an estimated population of just 231,962 people in a municipality with only 41.42 km2. Porto's metropolitan area has around 1.7 million people (2021) in an area of 2,395 km2 (925 sq mi), making it the second-largest urban area in Portugal.It is recognized as a global city with a Gamma + rating from the Globalization and World Cities Research Network.

Located along the Douro River estuary in northern Portugal, Porto is one of the oldest European centres, and its core was proclaimed a World Heritage Site by UNESCO in 1996, as "Historic Centre of Porto, Luiz I Bridge and Monastery of Serra do Pilar". The historic area is also a National Monument of Portugal. The western part of its urban area extends to the coastline of the Atlantic Ocean. Its settlement dates back many centuries, when it was an outpost of the Roman Empire. Its combined Celtic-Latin name, Portus Cale, has been referred to as the origin of the name Portugal, based on transliteration and oral evolution from Latin. In Portuguese, the name of the city includes a definite article:  o Porto ("the port" or "the harbor"), which is where its English name "Oporto" comes from.

Port wine, one of Portugal's most famous exports, is named after Porto, since the metropolitan area, and in particular the cellars of Vila Nova de Gaia, were responsible for the packaging, transport, and export of fortified wine. In 2014 and 2017, Porto was elected The Best European Destination by the Best European Destinations Agency. Porto is on the Portuguese Way path of the Camino de Santiago.

Cenario is very big and covers the whole beautiful city of Porto and will be done in ulpoads in 5 compressed folders.

Hi, with last update of MK studios, a small adjustement of mesh is necessary near airport https://ibb.co/bF14snz

Ok. Thanks for the warning, I will update later.

Hi, amazing work and works well with MK Studios. thank you. However, I only get half of the city (half west by the sea) on both north and south packages and then a big hole on the ground with 2d default map at the southeast of the airport. I had some Porto landmarks installed before so I removed them and still the same problem.

The last version v1.2 is near perfect around the airport, I see only one artefact

Hi, thank you for this update. However I see elevation problem near airport.

Is this airport from Tropicalsim? If so, this is the problem. The Scenario is made for MKStudios.

I have LPPR MK studios v1.0

Okay. I'll see this. You have the video of the city and these situations don't happen. But I will confirm.

Using all the parts you made of Porto together are very hard tp fly. It's stuttering, the elevation is not correct at severalplaces and there are some holes in the scenery. Great job, but not flyable even on a highend PC

Ryzen5 3600 rtx590 16gb ram Here on my runs very well, and you're the only one reporting this situation, all the parts were optimized and compressed, so it should flow well in the simulator, I've had feedback from several users and they're satisfied. As for the other problems, even Asobo makes mistakes in the simulator. I am fixing several situations soon I will update, so this is not a small area of a city, it is the complete city, hence the various parts.

Thanks, is there possibly a photogrammetry of Madeira? If so, I would look forward to it! Especially the island's capital Funchal!

It is not possible to do the one in Madeira or another island, because there is no photogrammetry, in the Azores it is the same.

thank you for a great job...will you consider doing the Azores???

Thanks. It is not possible because there is no photogrammetry in the Azores.